A few weeks ago, thanks to Noelle (http://www.noellemikazuki.com/), I attended JRock Evolution 2012 - Singapore over at Scape!

If you do not know, I was into JRock when I was younger, during secondary school days.
My favorite band all along was Alice Nine!!!!
I am still listening to them!

Sadly (for me), Alice Nine wasn't coming to Singapore for JRock Evolution 2012, but going for the one in Indonesia instead ><

The Artistes lined up for Singapore was
MUCC & UniTE

To be honest, if you ask me about them I do not know how to answer.
I heard of MUCC before, but when it gets to songs wise and members, I really do not know a thing.
I kinda just went to this concert not knowing anything of the performers.
(okay, I know, I felt bad alright)

UniTE is new, only formed last year.
BUT, their style is the type that I will totally like if I am still chasing JRock.
The vocalist's real cute :x

MUCC are already in the scene for real long.
They are big shots in this circle, plus they did opening for even bigger shots before too.
eg. GUNS N' ROSE.
Their vocalist, Tatsuro is so funny and amusing.
I am really impressed in how they kept on changing guitars after guitars just for the different sound effect it gives for different songs.
Plus, they also had sounds effects added to their song which makes everything even cooler. 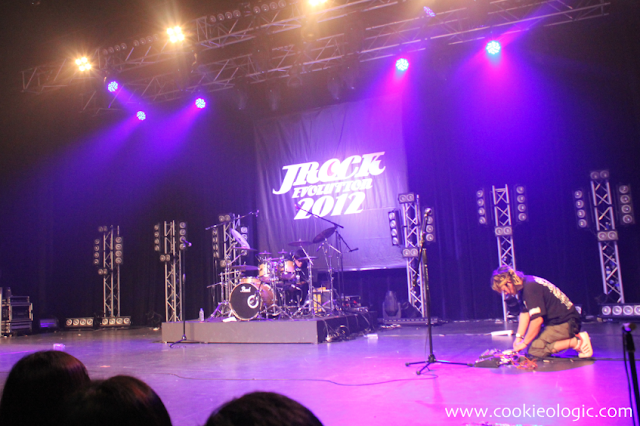 Even though I know nothing, I still did enjoyed the concert.
Attending performance live always had this feeling I don't know how to explain.
Even better when the artistes do interacts with the audience, which most JRock bands/singers does.
The ambience and crowd makes everything so wonderful.

Plus, the songs are real nice too!
It's enjoyable even though I couldn't understand what they are singing,
but being at at live concert, like I said.
IT'S AMAZING.
Especially during MUCC sector, the crowd went real crazy!

I did meet a few friends there too.
Fans of JRock and of the bands.
Was kind of expected to see familiar faces there anyway :) 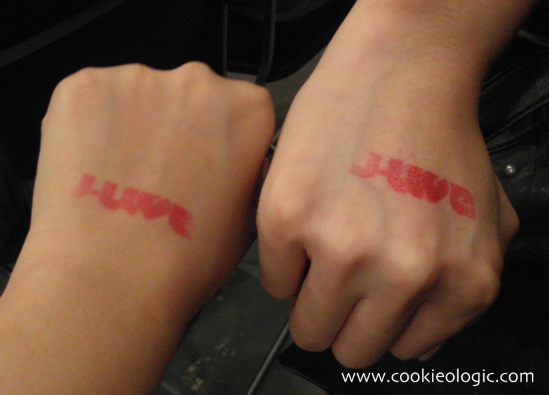 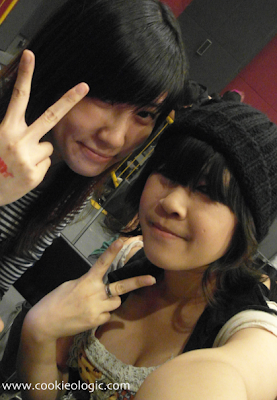 With Noelle, who brought me along with her.
http://www.noellemikazuki.com/ 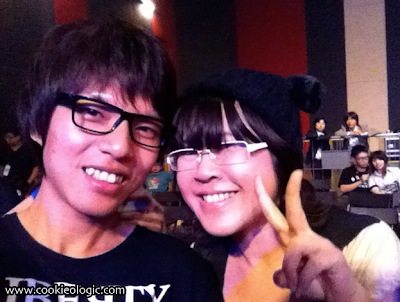 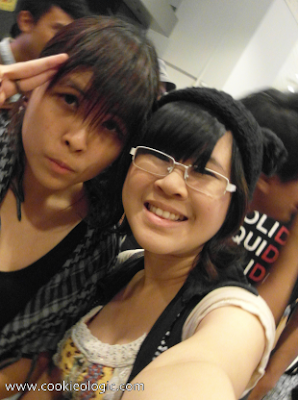 Photos weren't allowed to be taken during concert so I got none to post up.
However, VIPS tickets holder get to have a photo taking session of the 2 bands!

Noelle and I didn't know about it and almost left the place already! 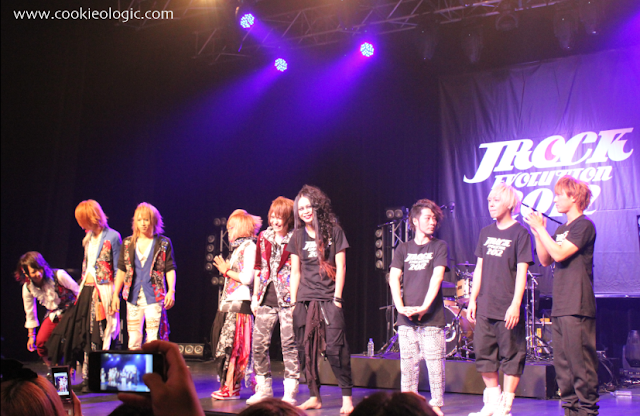 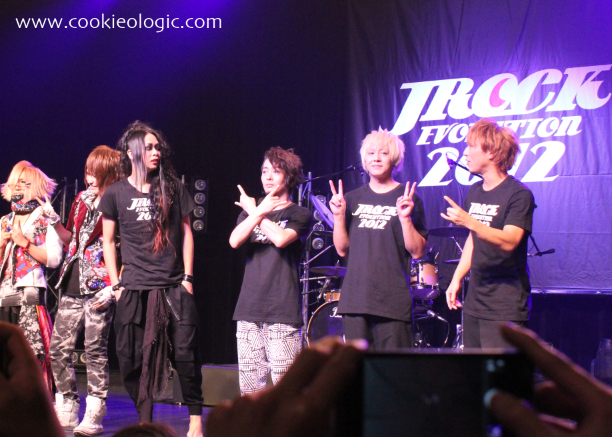 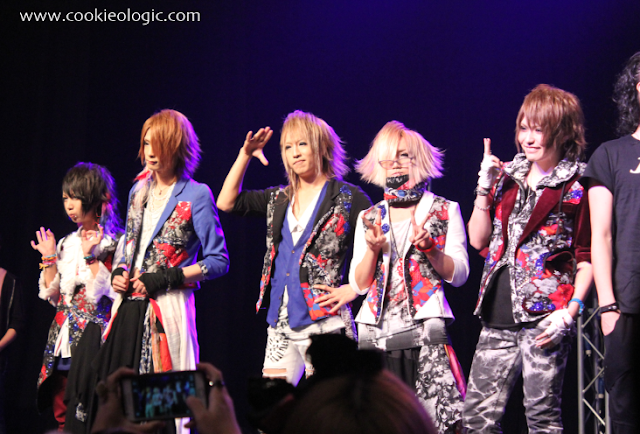 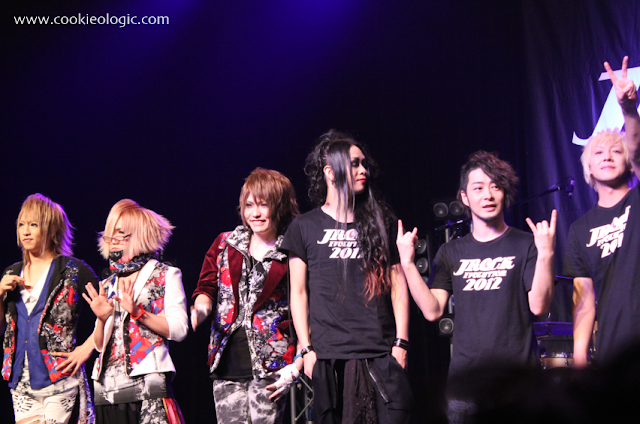 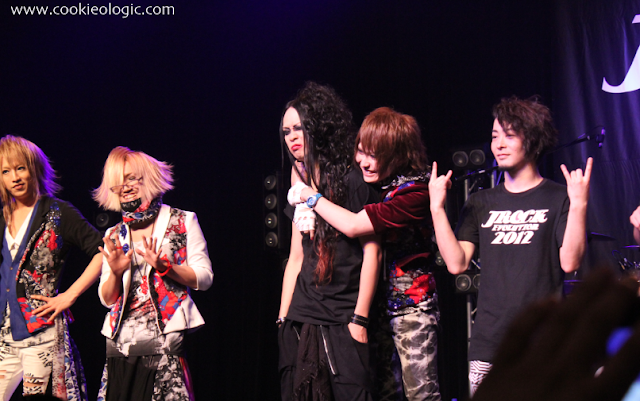 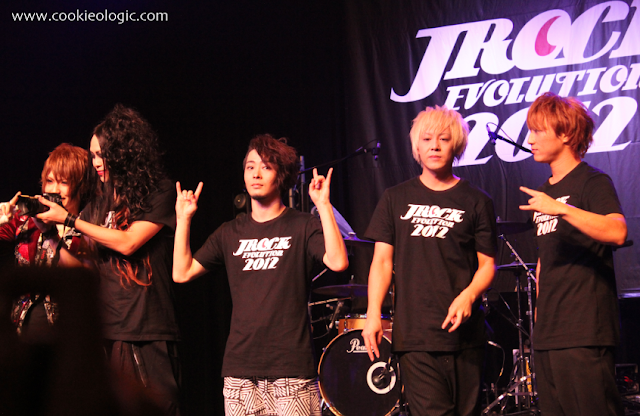 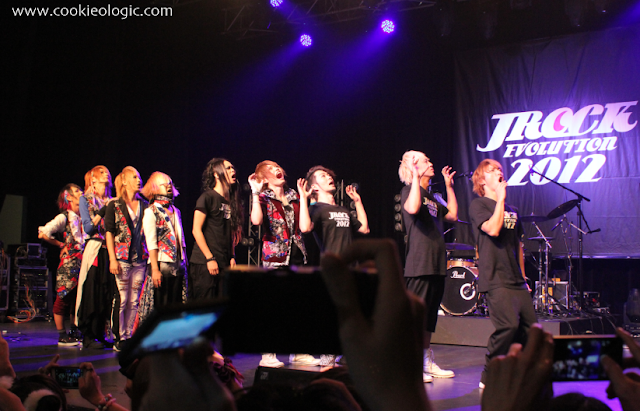 After the phototaking session was a handshake session.
Japanese are well known for being sincere.
All of their handshakes were super firm.
UniTE's vocalist Yui, had this super wide smile on his face, with two hands he grabbed my hand super firmly and said thank you!
You can really feel the warmth and sincerity from all of them.
MUCC was much cooler, but till with sincerity.
The concert ended off with Tatsuro giving off MUCC's poster.
I am keeping it for Yuchi instead, better to give a fan than keeping it for my own. :)

On a side note,
ALICE NINE IS COMING!!!
For Sundown Festival this year!
I would so love to go, but I am so damn broke.
They will be the last idol on my list that I would love to see badly.
Actually, it will complete my list!!!
>< praying hard for media pass for bloggers, or I got enough money, or the ticket will just appear right infront of my face.
I WOULD LOVE TO GO REAL BADLY!