Was real lucky to win the contest to attend Nuffnang's 5th Birthday Bash @ Swissotel Equinox!!
All the way up to level 69!!!

None of my friends were going so I was really worried, again, being awkward and was hoping there were  be nice people at my table.

So I was really happy that Joanna started talking to me when I sat down and introduced Rachel and Xueling to me !!! :)

Photo was taken with the birthday wall but I was all alone so Lydia was nice enough to take it with me :)

Sat at Table 4 where I met and get to know Joanna, Rachel & Xueling :)

Food was awesome!
There were cake from Humble Beginnings @ http://sgshop.humblebeginnings.com.my/

I am so tempted to buy myself some cakes from Humble Beginnings now!
The cakes just melt in your mouth, so heavenly!!!

I didn't really take much photos? So am "stealing" from here and there.

The night started out with Boss Ming from Nuffnang giving a speech. 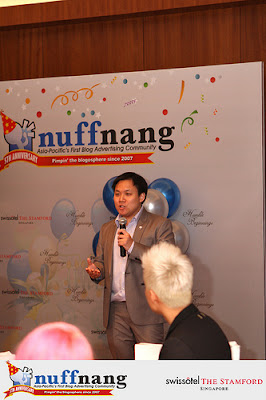 There were performance throughout the night, with Jack and Rai performing!

and awesome Chua EnLai acting as Pornsak Sukhumvit from The Noose. He is super hilarious!!!
Making everyone laughs with madness!

He made Qiuqiu and Noel had this pole dancing with the mic stand with much courtesy from the sound man. L O L


There was this local talent singing too! Lingkai~ 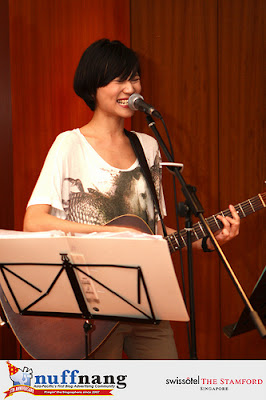 There was cake cutting too :) 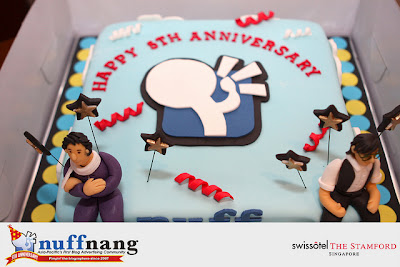 Took pictures with the girls and some bloggers too :)
Didn't bring my instax for nothing :)

Plus some official photos from Nuffnang here~ 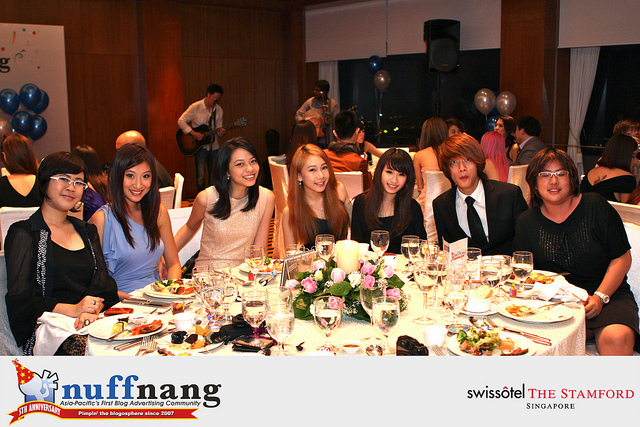 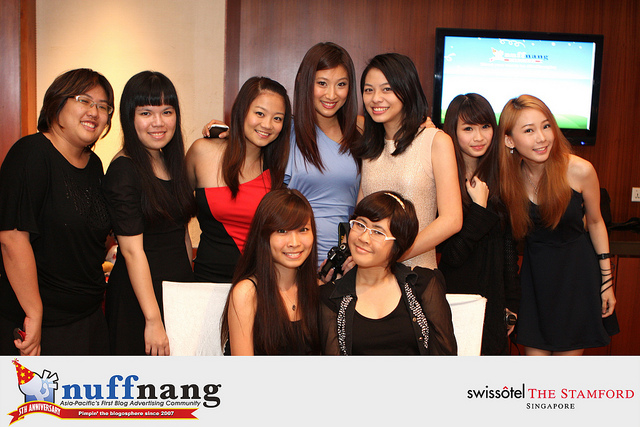 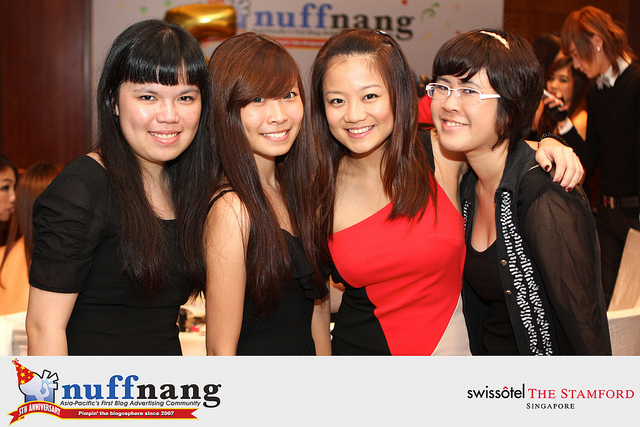 All of them were really nice, really.

Was suppose to go off with Joanna and the others but somehow I was slow and they MIA-ed.
So, I took the goodie bag and cab off to find tonton and the others.

Only realize they were in the toilet when Rachel and I tweeted each other.

Thank you Nuffnang for the chance to attend the birthday bash and also Swissotel and Humble Beginnings and the other sponsors :)