Thanks to OMY.sg I got to watch The Lorax !!! 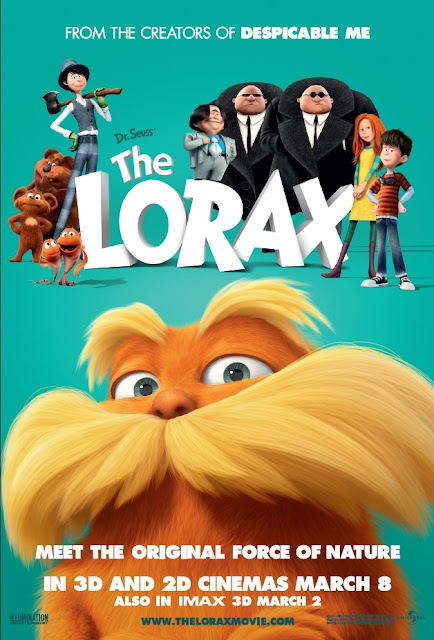 "From the creators of Despicable Me and the imagination of Dr. Seuss comes the 3D-CG feature The Lorax, an adaptation of the classic tale of a forest creature who shares the enduring power of hope.  The animated adventure follows the journey of a 12-year-old as he searches for the one thing that will enable him to win the affection of the girl of his dreams.  To find it he must discover the story of the Lorax, the grumpy yet charming creature who fights to protect his world.  Danny DeVito lends his vocal talents to the iconic title character of the Lorax, while Ed Helms will voice the enigmatic Once-ler.  Also bringing their talents to the film are global superstars Zac Efron as Ted, the idealistic youth who searches for the Lorax, and Taylor Swift as Audrey, the girl of Ted’s dreams.  Rob Riggle will play financial king O’Hare, and beloved actress Betty White will portray Ted’s wise Grammy Norma.  "

Went with ton ton for the movie.
We were suppose to go down to ICA first and shop around Orchard before the movie, but I wanted to sleep in and in the end, we barely make it on time to collect the tickets.

Here's the trailer for you :)

Had some shots with the mustache :P 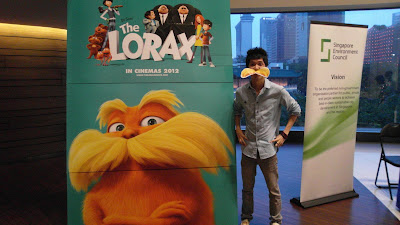 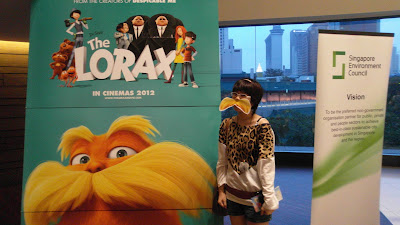 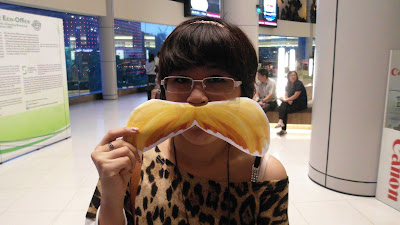 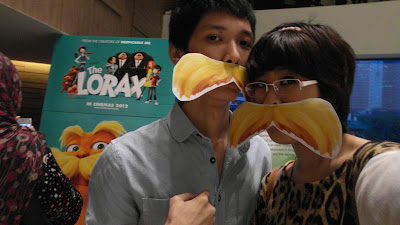 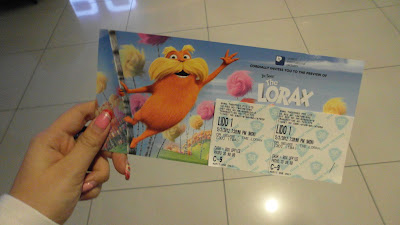 The tickets ain't what I expected actually. I was actually hoping it would be better?
It's Dr. Seuss after all, and I really liked Horton hears a Who.

The movie was very musical-ish with songs and musics.
It was cute though, and funny, hilarious, those little, little parts of it.

The impact wasn't strong enough? Story wise.
I think it would be better as a short animation?

It is just plain CUTE and FUNNY, but...... the moral behind it is meaningful!

"Unless someone like you cares a whole awful lot, nothing is going to get better. It's not." - Dr. Seuss