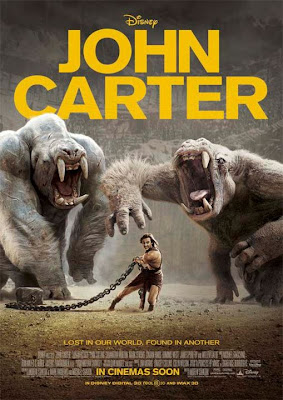 "John Carter is a sweeping action-adventure set on the mysterious and exotic planet of Barsoom (Mars). John Carter is based on a classic novel by Edgar Rice Burroughs, the creator of Tarzan, whose highly imaginative adventures served as inspiration for many filmmakers, both past and present. The film tells the story of war-weary, former military captain John Carter (Taylor Kitsch), who is inexplicably transported to Mars where he becomes reluctantly embroiled in a conflict of epic proportions amongst the inhabitants of the planet, including Tars Tarkas (Willem Dafoe) and the captivating Princess Dejah Thoris (Lynn Collins). In a world on the brink of collapse, Carter rediscovers his humanity when he realizes that the survival of Barsoom and its people rests in his hands."


Duval and tonton told me about the trailer, and was apparently damn cool, so here's the trailer.

So, the main character was transported to MARS and get stuck in between conflicts among the people in the planet.
Imagine being stuck in MARs or a whole new planet.

It's like going to a different country with a whole different culture, and living in a world where you might not be able to communicate with others.
It will be like me going to Korea and Japan, language communication breakdown wise.

I think I will practically die there if I am all alone and I can't contact any one at all.

Then again, I like cultural stuffs, so it will be nice to learn about new stuffs and knowledge about other cultures? So, it's like taking it as a field trip.
Please make sure I am able to go back to mother Earth though.

I don't think I can be a hero like the main character?
To join in the battle might be interesting though? Learning battles moves and such 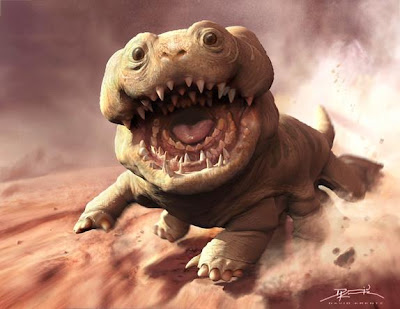 I GET TO KEEP THIS LITTLE CUTE THING AS A PET, please tell me it's harmless.
I am very curious to see this little (I think it might be damn huge in the movie though) cute monster in the movie, and what's purpose.

Not forgetting making friends with the aliens there :X

Anyway, the concept art for the monster is really nice, I mean it's Disney after all?
The CG and VFX not that bad either, from the Trailer, so it's another plus point to watch it, coming from a DVFX/animation modellor student?