Attended Rachel 梁文音 fan meet over at Switch by Timbre last Saturday 16th March 2013. Won a pair of tickets thanks to UFM1003, and brought Debra along with me~

If you don't know, 梁文音 Liang Wen Yin was a contestant in Taiwan singing competition,
2nd season of 超級星光大道 One Million Stars.

She is known to have this soothing and gentle voice of hers, and suits ballads really well.
This time she is back in Singapore to promote her latest album, Yellow Jacket 黃色夾克 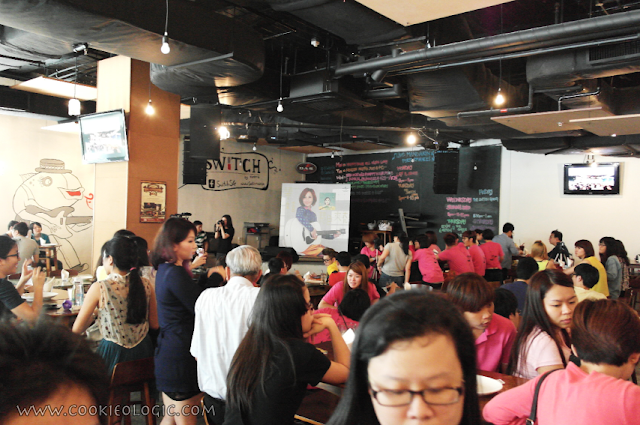 The group of us were really hungry and we ended up ordering Switch by Timbre speciality Roasted Duck Pizza!
It's really so nice!!!! I wouldn't mind bringing the crew over to have a bite and drink! 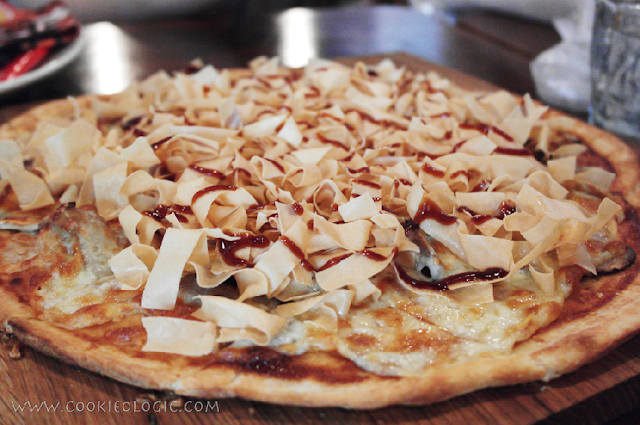 They got some audience up to learn and dance her song Yellow Jacket, and the winner gets to take a photo with her. 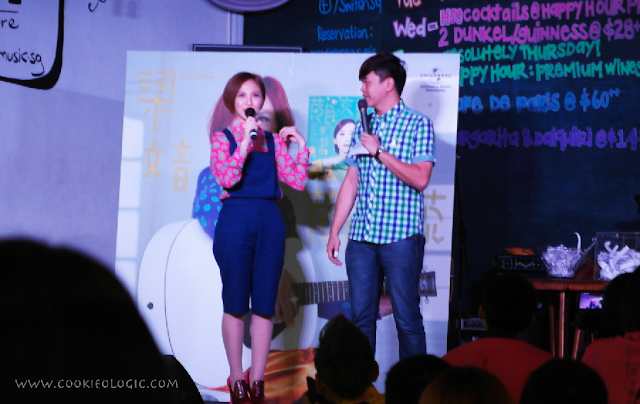 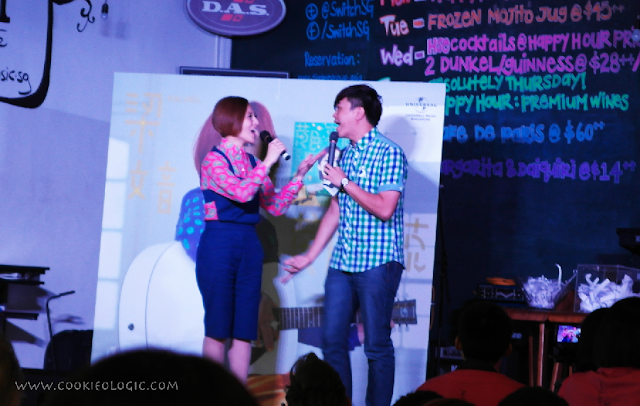 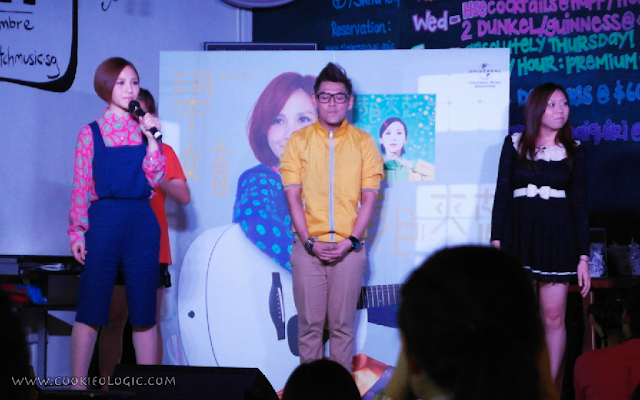 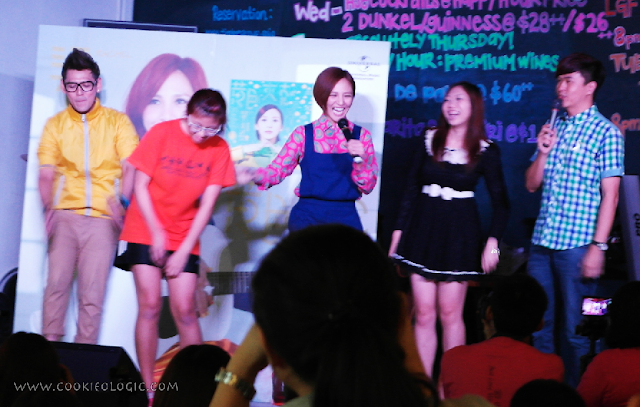 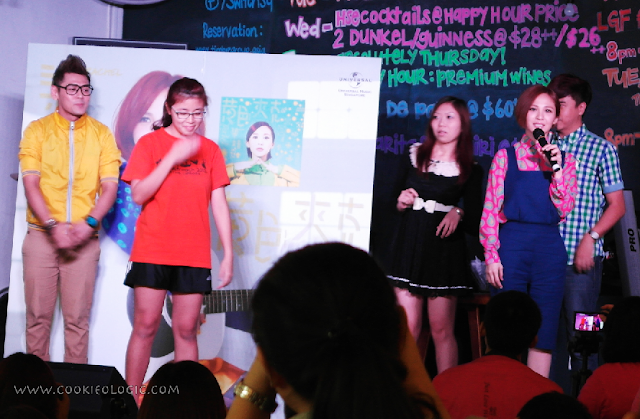 There was this other game how every table are given a plate.
We are supposed to fill the plate with interesting stuffs to attract Liang Wen Yin attention and pick one item.

We started going crazy.
Pulling everything we could think of and find from our bags.


Ended up with food and unexpected items indeed.
We even left a slice of pizza on the plate for her, which she actually took a bite to it!

Shannon was crazily high, haha.
We were like laughing like some mad people.
He even jokingly pulled out his ring and offered her and gaining himself the nickname 钻石男（diamond guy) 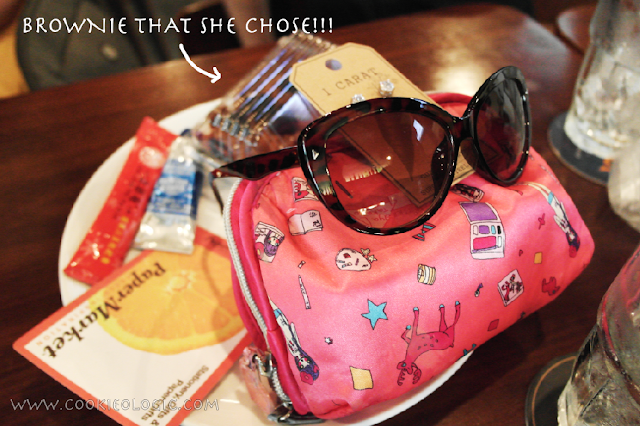 Liang Wen Yin ended up choosing the brownie that Debra got me instead!

It was really funny, and our table ended up with lots of laughters and shaking of head.

One had to try his or her best to gain Liang Wen Yin attention and Shannon was like so nervous doing it.
He practically told her he watched her YouTube videos every other two days and really like her a lot.
Plus how he is a blogger so he can help her promote if she ever release a English album. 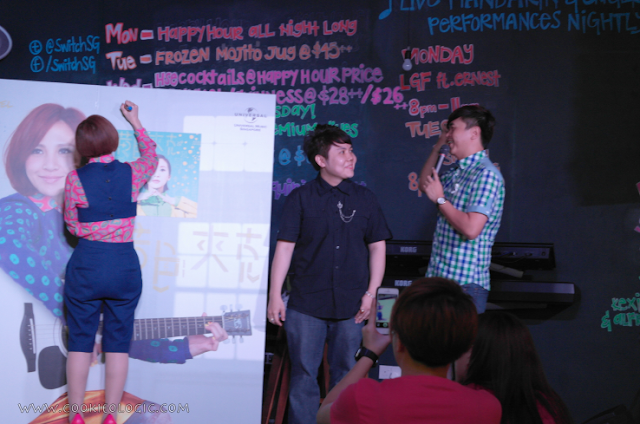 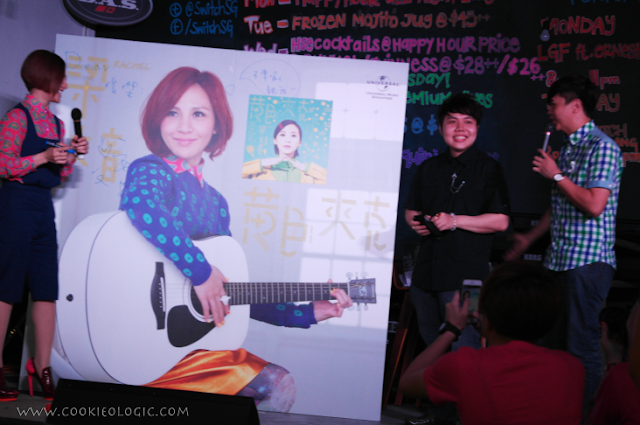 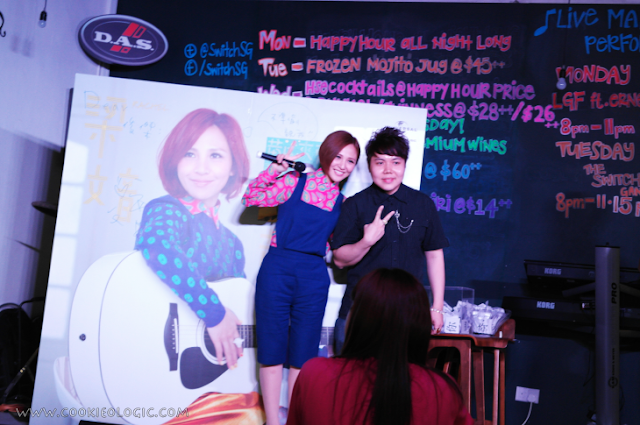 We ended up laughing mad hearing him.
I think Liang Wen Ying was shocked but it did attracted her attention and she chose him in the end!
Happy Shannon is happy!

Not only did he got a chance to take a picture with her,
he got to bring home the autographed big poster she signed on the spot!
She even wrote "不准偷亲我！＂(do not secretly kiss me) on the poster.
Our table were really mad with laughters. 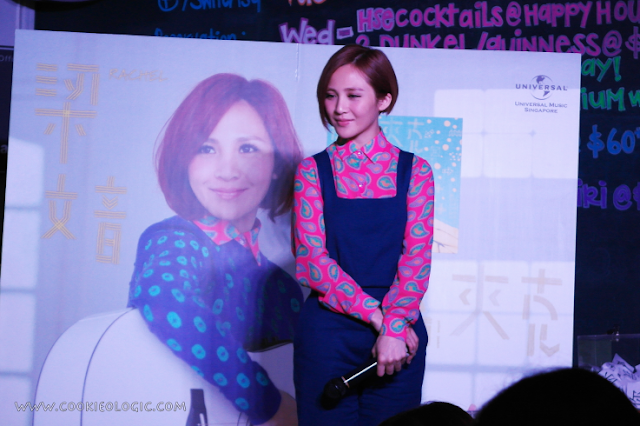 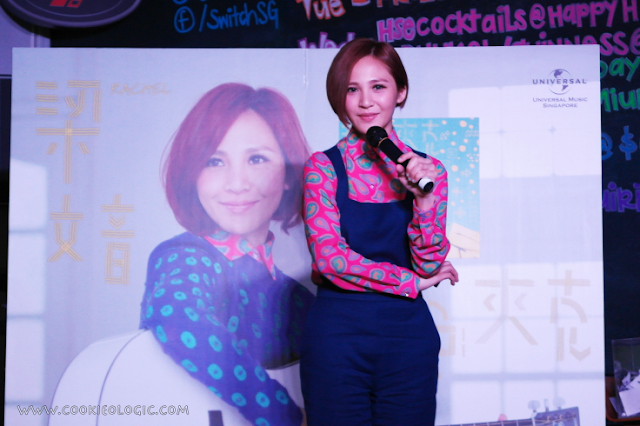 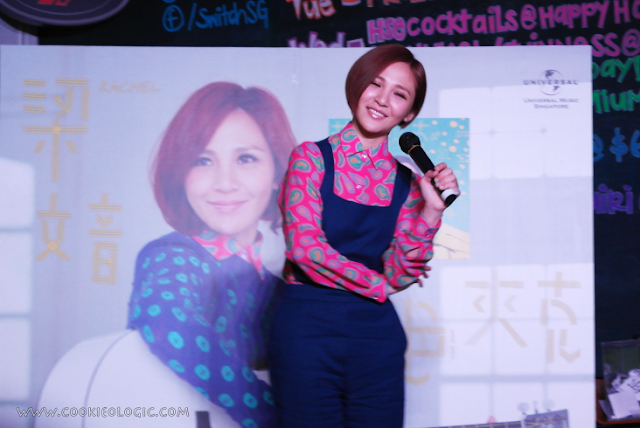 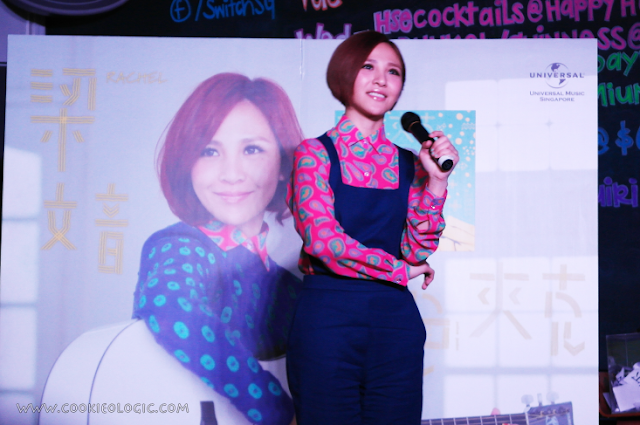 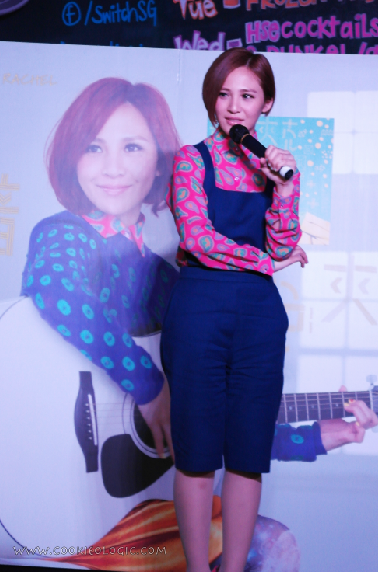 She sang a few songs and her voice was really nice especially with the soothing ballads.
I really like her smile she has and the short hair really suits her a lot.

Had fun with the other winners too! Who happened to be fellow bloggers haha.

Thank you UFM1003 for the opportunity to attend Rachel 梁文音 fanmeet!