Lots of movies releasing recently, and so many that I want to catch, and...
Thanks to OMY.SG I got to catch

In my entire life I had only been to IMAX once, watching Kung Fu Panda 2.
Am really excited to watch in a IMAX theatre again! 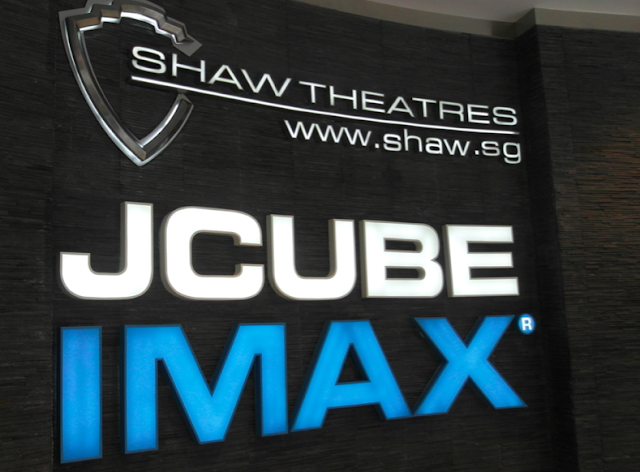 I didn't take much photos as my camera decided to die on me, I seriously need to remember to charge on a regular basis.
will update again after I got the photos from Christina.

With the success of the first IMAX in Singapore,
Shaw Theatres Jcube brings you 7 cinemas including the 2nd digital IMAX theatre in Singapore.

You can now catch blockbusters like
DARK KNIGHT
AMAZING SPIDERMAN
near you! Especially for people living in the west!

I was really excited over it, since I live in the west, plus I actually grew up in Jurong East pior Primary School and I love skating, so JCube and previously Jurong Entertainment Centre is like my favorite hangout places, even more than Jurong Point.

Let's not talk about Amazing Spiderman (and the super skinny but duper cute Andrew Garfield) first.

IMAX’s audio system creates laser-aligned digital sound for accurate and realistic sound images with
the largest dynamic range.  This enables the sound to be crisp enough to hear a pin drop and precise
enough to know exactly where it dropped!

Then there is IMAX’s customised theatre geometry, which maximises your field of view.  The highgain screen results in exceptionally bright images and unparalleled 3D effect.  The screen is also
slightly curved and sits closer to the audience, creating a larger effective screen, which is equivalent
to a 20% to 230% increased in screen area. 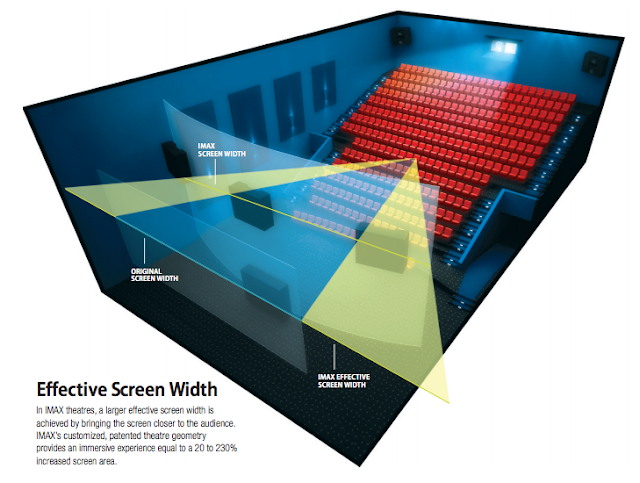 It's effective screen width is way bigger than the normal screen and thus
SUPER HD
not to mention, how real you feel while watching the movies in 3D.

There were so many times I actually moved to my side all because of the 3D effect, and no, normal screens don't create that impact! 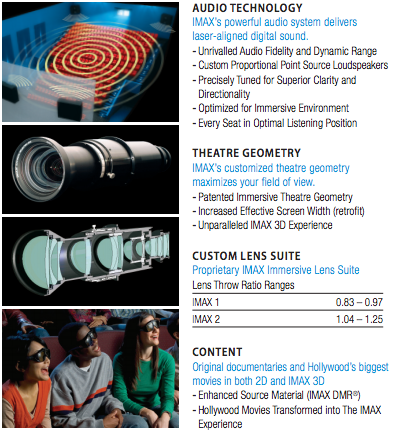 There is nothing much to say but just OMG, AWESOME.
not to mention, how comfortable SHAW JCube's seats are, I am in love with them.

With IMAX now, you do not need to worry about not being able to listen carefully and the seats are nicely situated so everyone are within the range of the speakers.
Enhance with the technology, IMAX brings the film and picture to life!

Imagine, half of the movie is already shot with IMAX film cameras, how awesome the quality gonna be? Totally perfect for the action movie! 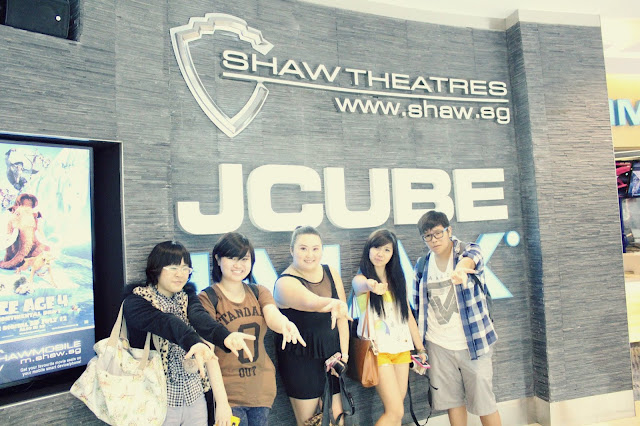 group photo trying to act like spidey
credits to UNCLE TEH PENG
http://www.uncletehpeng.com/

will update again with more pictures!
at 4:12 AM