If you do not know, I am actually covering SHINE event with video coverage with a Panasonic Camcorder HC-X900M that I was provided during this period.

I only managed to cover the 2nd part of the A Capella Championship 2012 as I had school.
It was held in SP, and I kinda got lost trying to find the venue within SP ><
I mean like, SP is HUGEEE, every poly are huge.
If it's in NP I will most prolly find my way FAST!
Met a NUS Resonance supporter while navigating my way through, and we had to ask the SP students to find our way there. oh my.

The 2nd part of the championship consists of the
COLLEGE, OPEN & INTERNATIONAL category.

My hand went really soar half way through, filming throughout the event, building all those muscles in my arm!

It was fun though, listening to each group sing, seeing so many talented people out there.

I missed the first group, but here are the cuts of the championship!

Here are the cuts of the winning groups.


Okay, I know I am a little bias with A-Five, but it's not always that you get to see and listen an overseas A Capella group right?


I actually took a video of A Capella Group talking to the camera, or so I thought.
Either I didn't press hard enough, or the camera button not that sensitive enough,
I videoed, I thought I filmed them, but to check later IT WASN'T THERE.

It was too late for me to retake the video as most of the members left the venue.
It's really wasted, and I learn my lesson.
Double check, always.

Oh, and the group from Korea, A-Five is really awesome.
Most of the audience are either supporters, friends or family members.
Yet when A-Five came up stage, the entire place went crazy with them.
I heard shouts of SARANG-HAE (I Love You in Korean)

Anyway here are some photos.

I am really very sorry about the video recording if any of you are reading this, but kudos to the performance, really.
Congratulation!

They have their own YouTube group so go check it out 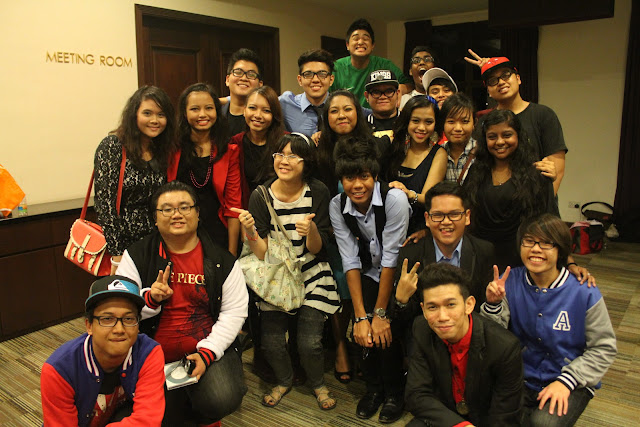 and a photo of me and them! 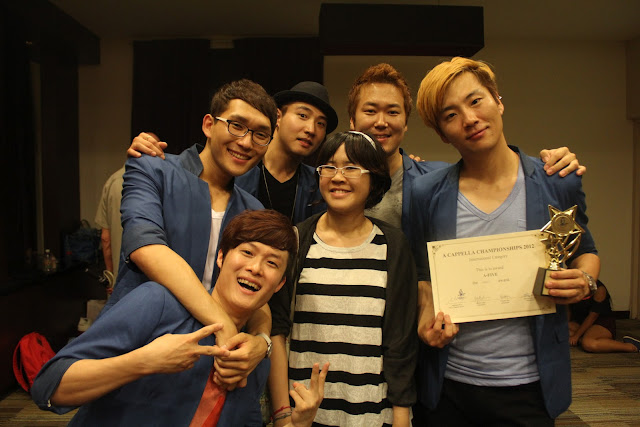 A-FIVE!!!!!
on a side note, I DON'T KNOW what happened to my fringe up there, omg center parting -.-

bought their album too and got it signed!